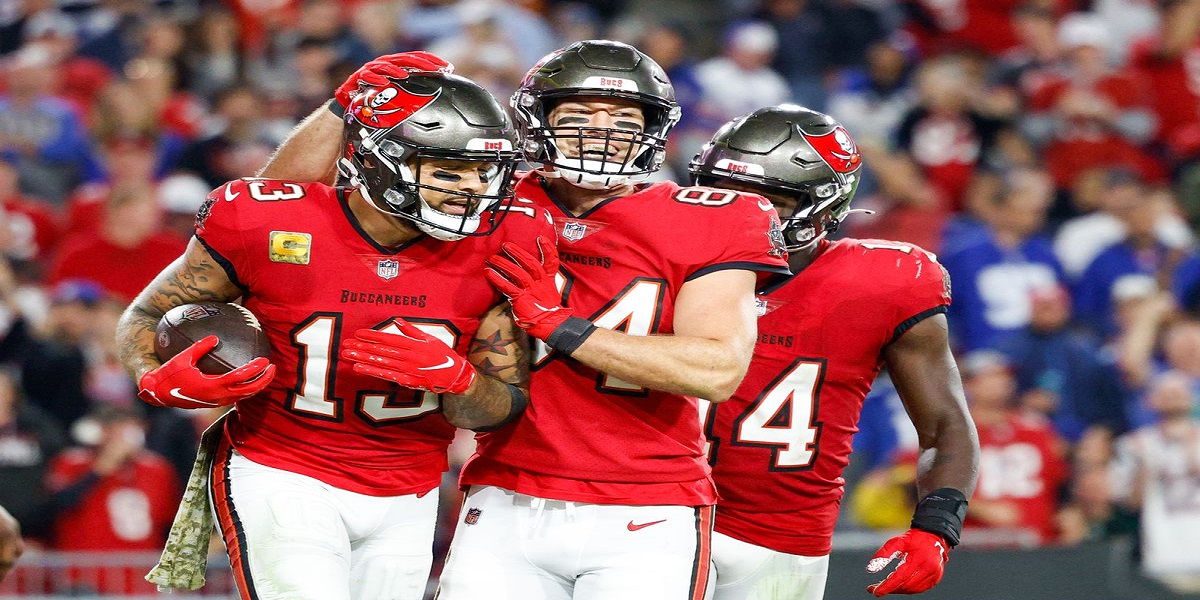 Tom Brady threw for two touchdowns and 307 yards as the Tampa Bay Buccaneers halted their two-game losing streak with a 30-10 defeat of the New York Giants on Monday.

The reigning Super Bowl champions had been left reeling after back-to-back defeats to Washington and New Orleans in recent weeks, but got back to winning ways with a comfortable home win at Raymond James Stadium.

The Bucs’ task was made easier after an erratic display from Giants quarterback Daniel Jones, who tossed for just 167 yards and gave up two interceptions.
Jones was also sacked twice as the Giants fell to 3-7 to remain rooted to the foot of the NFC East.

Gronkowski had not played since injuring his ribs in a loss to the Los Angeles Rams in week three.

“He’s amazing in every way — as a player, team-mate, leader, friend. Love being out there with him and he really sets the tone for that group. He had a great night.”

“We executed a little bit better, but still left a few scores out there I thought. But overall it’s a good win for our team,” said Brady, who admitted he had been bothered by the Bucs’ losing streak over the past month.

“A lot of bad nights sleep. But that’s part of just playing football — every year has its different challenges and you’ve seen this year a lot of crazy things happen.

“An old coach of mine used to say ‘It’s not who you play, it’s how you play when you play them’. We’ve played some good teams that are playing well, and we’ve got another tough one coming up on Sunday.”

Brady had tossed the first of his two touchdowns in the opening quarter, finding Chris Godwin who jinked over to cap an eight-play, 73-yard drive.

Giants kicker Graham Gano and Bucs counterpart Ryan Succop traded field goals to make it 10-3 Tampa early in the second quarter, but a freak interception then gifted New York great field position to set up a touchdown pass from Jones to Andrew Thomas.

That made it 10-10, but the Bucs responded swiftly with Ronald Jones rushing over to restore Tampa Bay’s lead just before half-time.