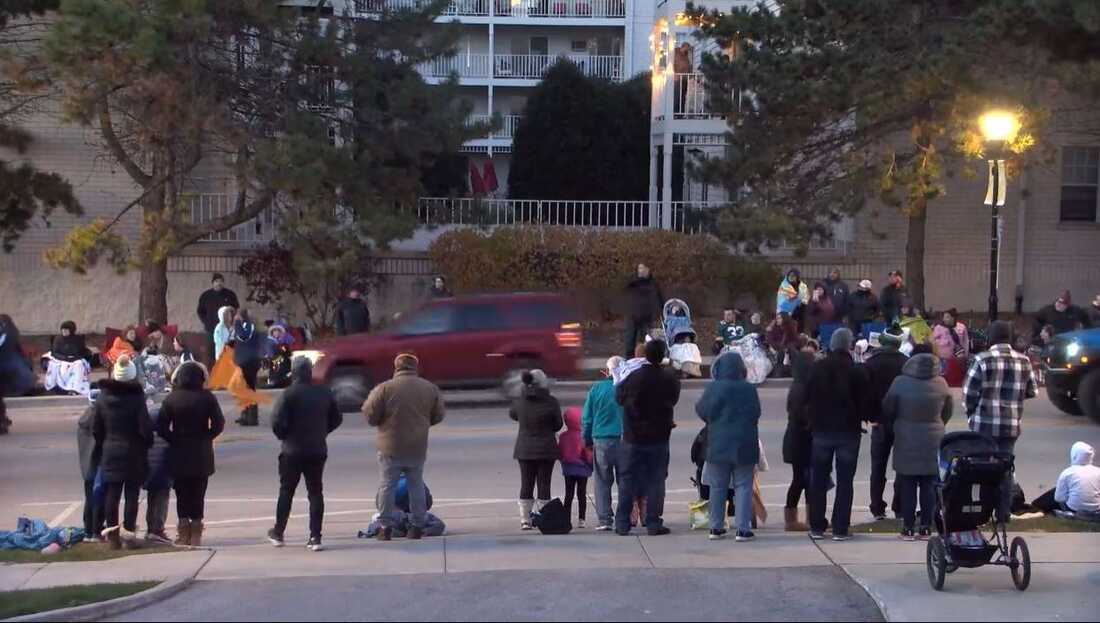 A holiday parade in Waukesha, Wis., turned to horror after a driver in a red SUV tore through the crowd on Sunday evening. More than 20 people were injured and some died, according to police.

Children were among those struck by the car, Waukesha Police Chief Dan Thompson said. In all, 11 adults and 12 pediatric patients were transported to six hospitals in the area, said Fire Chief Steven Howard.

Children's Wisconsin, a health care system operating two hospitals in the state, said that it took in 15 patients from the incident as of 8 p.m., "with no reported fatalities at our hospital at that time."

Authorities gave no further specifics about the injuries and the fatalities, as they work to notify family members of the victims.

According to the Archdiocese of Milwaukee, one of its Catholic priests, multiple parishioners and Waukesha Catholic school children were among those injured.

"Please join us in prayer for all those involved, their families, and those who are traumatized from witnessing the horrible scene," Archdiocese spokesperson Sandra Peterson said in a statement Sunday night.

Police Chief Thompson said the suspected vehicle has been recovered and there was a "person of interest" in custody, but did not specify if that was the driver. He said it was not known if there was any "nexus to terrorism."

The FBI is assisting in the investigation, said the agency's Milwaukee division.

There are no other threats and the scene is safe, the police chief said.

The 58th annual holiday parade in downtown Waukesha was underway when the vehicle drove through barricades and sped through the parade route at around 4:39 p.m.

A police officer then tried to stop the driver by firing his gun at the vehicle, said Thompson, but no bystanders were injured. "We do not believe there was any shots fired from the vehicle," said the police chief.

Videos across social media show a red SUV blowing through low-level barricades and speeding away. A law enforcement officer can be seen in the video and appears to open fire at the vehicle.

Waukesha resident Lindsey Ashley, 36, said she was enjoying the parade with her two children, ages 7 and 9, when the SUV blew by them.

"The SUV blazed by where we were sitting and we heard a crash and people screaming," she told NPR. "I grabbed the kids and took off. People were helping 'escort' others to safety."

She said her two children were horrified and never want to attend another parade.

Tailyr Medrano, who also lives in Waukesha, said she had her 1-year-old son in her arms when she said she witnessed the car plow through the procession "right in front of us." She brought her toddler to the parade so he could see Santa for the first time, she told NPR over Facebook messenger.

"[I]nstead he sees a red suv running over people that are suppose to be entertaining us and children on the ground bleeding," she wrote.

Wisconsin Gov. Tony Evers thanked first responders and others who jumped in to help, and said the state is in touch with local partners to stay abreast of the latest information.

"Kathy and I are praying for Waukesha tonight and all the kids, families, and community members affected by this senseless act," he tweeted.