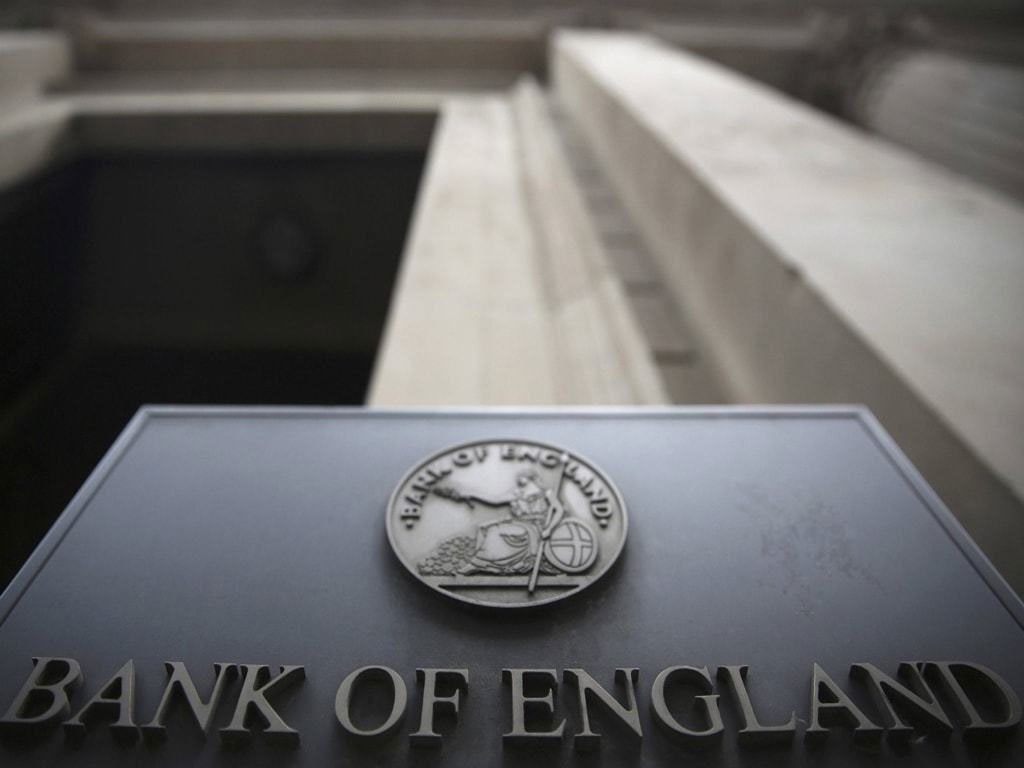 LONDON: The Bank of England said the case for higher interest rates “appeared to have strengthened” on Thursday after it nudged up its forecast for inflation at the end of the year to over 4%, more than twice its target rate.

The BoE said it expected the overshoot to be temporary, but two policymakers called for an immediate halt to the British central bank’s 895 billion pound ($1.23 trillion) bond purchase programme, which is due to run until year-end.

Sterling rose by almost a cent against the U.S. dollar and two-year British government bond yields surged by their most since March 2020 as traders bet on an earlier rate rise by the BoE, which would be the first major central bank to hike since the COVID-19 pandemic.

The U.S. Federal Reserve said on Wednesday that it could start to slow its asset purchase programme as soon as November, and earlier on Thursday Norway’s central bank raised rates, joining a handful of other developed economies in doing so.

After the BoE statement, sterling interest rate futures priced in a 90% chance that the BoE would raise rates by February, up from just over 60% before - though some economists say this is premature given the challenges to growth.

“It’s clear the committee is divided on how much of an issue rising inflation poses. Given the number of headwinds facing the economy this winter, we think a rate hike is unlikely until the second half of 2022,” ING economist James Smith said.

But others viewed the BoE as preparing the ground for a rate rise early next year, and Citi and J.P. Morgan brought forward their forecasts for a first BoE rate rise to 0.25% from 0.1% to the first quarter of 2022, with another a few months later.

“The tone of the minutes was more hawkish than expected, and opens the door both to a February hike and two rate increases next year,” J.P. Morgan economist Allan Monks said.

Surging energy prices and bottlenecks in supply chains are raising price pressures globally as Western economies emerge from the COVID-19 pandemic but have also squeezed growth.

The BoE said it had revised down its expectations for the level of gross domestic product in the third quarter by around 1% from the August report, reflecting supply constraints.

But it said inflation - which hit a nine-year peak of 3.2% last month - would “temporarily” rise above 4% in the final quarter of the year.

A jump in natural gas prices in recent weeks - which has led to the collapse of several smaller British energy suppliers and forced the government to intervene - meant inflation risked staying above 4% in the first half of 2022 too, the BoE said.

They saw “increasing evidence from a range of global and domestic cost and price indicators that inflationary pressures were likely to persist”, according to the BoE’s policy minutes.

Bank of England on guard against spiking inflation

But other MPC members were more cautious, especially as the government’s job furlough programme will end this month, with unclear implications for unemployment and the more than a million workers who are currently receiving payments.

The benefits of waiting for more data were likely to outweigh the cost, they said - especially as tighter monetary policy would not reduce the immediate price pressures.

However, the BoE said the medium-term path for interest rates was up and policymakers did not rule out raising interest rates before the central bank completes its asset purchases.

Governor Andrew Bailey, in a regular letter to finance minister Rishi Sunak explaining why inflation was above target, said the case for a rate rise had risen since August.

“Some developments during the intervening period appeared to have strengthened that case, although considerable uncertainties remained,” he said.

The BoE also said previous guidance it had given - which saw policymakers split on whether certain pre-conditions for a rate had been met - was “no longer useful”.