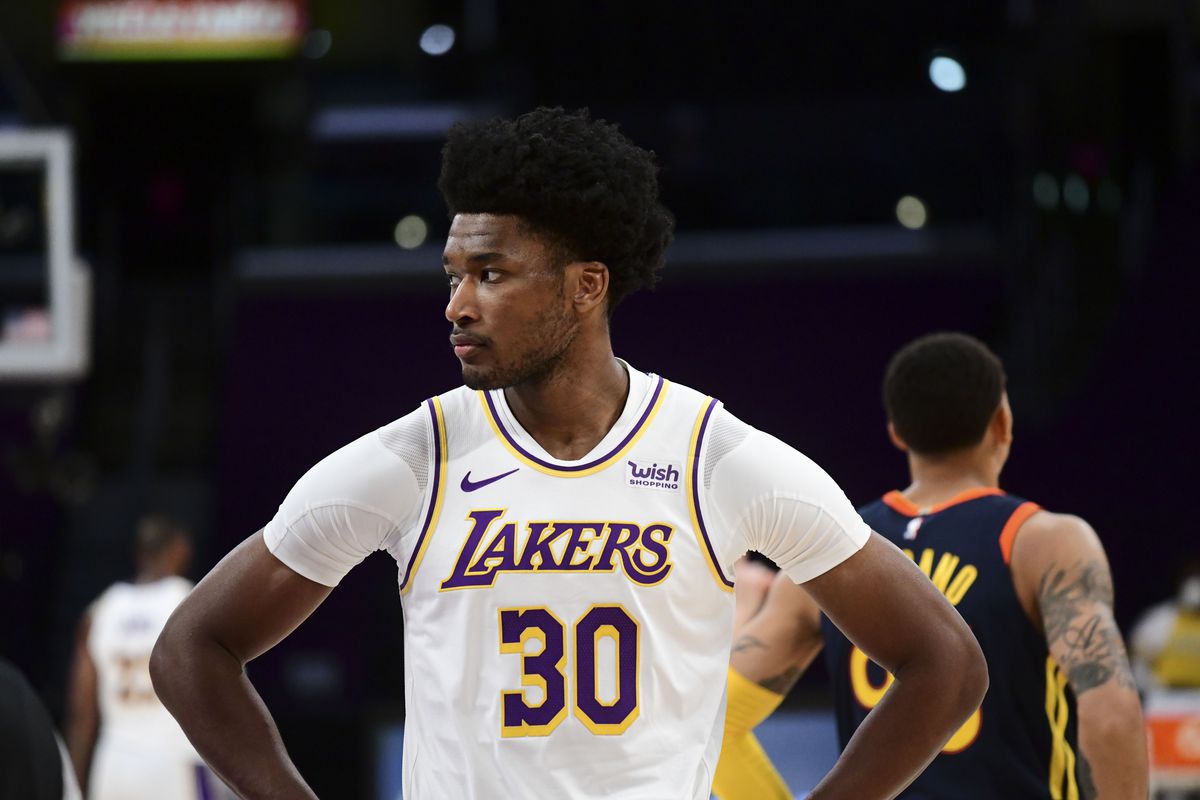 Things went about as well as they could have for Damian Jones in his debut for the Los Angeles Lakers. In 8:23 against his former team, the Golden State Warriors, the 25-year-old center recorded 8 points on a perfect 3-3 from the field, 3 rebounds and 2 blocks.

Unfortunately, Jones’ night was cut short due to what the Lakers are listing as a lower back strain. Jones will be day-to-day going forward, but he told reporters that he felt fine after the game.

“It’s just some stiffness right now,” Jones said. “I feel like it will be good in a couple of days or whenever we know. It’s nothing, like, too major.”

The good news for the Lakers is that Jones’ injury likely won’t be the difference between them winning and losing their last two games before the All-Star break. After all, Jones only saw the floor on Sunday because the game had been decided long before he checked into the scorer’s table.

The real loser in this situation is Jones, who may only have one game with the Lakers under his belt by the time his 10-day contract expires. I guess it’s a good thing that he was able to make such a strong impression on Sunday.

If the Lakers do decide to sign Jones to a second 10-day contract based off of the little that they’ve seen from him so far, they likely won’t do it until closer to March 12, when the second half of their season is set to start. Hopefully by then, he’ll be healthy enough to make a case for one of the final spots on the roster.

North Korea fired at least one missile over the weekend, U.S. officials say