The NFL season is in the books, but the XFL season is just getting started, complete with eight all-new franchises kicking off their 2020 schedules this weekend.

Revived after a nearly 20-year hiatus, Vince McMahon’s spring league features a number of familiar faces, including big names from both the NFL and college football — like former Oklahoma coach Bob Stoops, ex-Pittsburgh Steelers quarterback Landry Jones and former national champion Cardale Jones. It’s got a bunch of new rules, including ways for teams to add three points after a touchdown. And it’s officially underway, with four different matchups marking the start of a 10-week regular season — one that will ultimately lead to the new XFL’s inaugural championship in April.

Be sure to relive both of Saturday’s openers right here, with updates, highlights and analysis:

Named the Roughnecks’ starting QB over former fourth-round NFL draft pick Connor Cook, Walker made an early case as the XFL’s most underrated arm Saturday, wasting no time dropping a bomb on the Los Angeles Wildcats. The former Temple and Indianapolis Colts signal-caller uncorked a 50-yard TD to ex-Virginia Tech WR Cam Phillips less than three minutes into Houston’s showdown with the Wildcats. 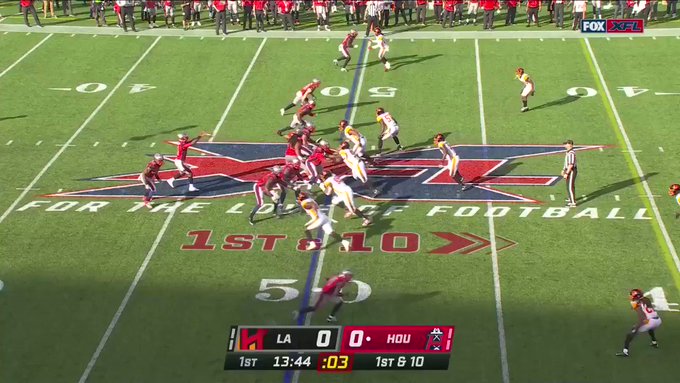 Former Princeton QB Chad Kanoff helped L.A. even up the score a few minutes later, but Walker’s deep ball set the tone for the second of Saturday’s openers. It made it less surprising, but no less impressive, when Walker came back with another beauty of a deep shot just before halftime. With his team down five and just over a minute before the break, the QB showed some nifty escapability in the pocket before flicking a long ball to former Catawba wideout Sam Mobley, logging his second big TD pass of the night to put the Roughnecks back on top.

PJ Walker has an absolute CANNON

Walker was ultimately the star of the game and, perhaps, the whole day, finishing with just under 300 total yards, four TD passes and one interception for a passer rating of 103.8. During a showdown in which his pass-happy coach, June Jones, dialed up only 10 rushes outside of Walker’s own carries, the former Colts reserve spread the ball around, with six different players catching at least two passes. Houston’s defense, meanwhile, tightened up to close with five sacks and eight tackles for loss, keeping L.A. off the scoreboard for the entirety of the second half en route to a 37-17 rout.

The Dragons made for a very entertaining Saturday, especially when they relied on WR Austin Proehl offensively. The son of former Super Bowl champion Ricky Proehl, the young receiver led Seattle with five catches for 88 yards, but he was also responsible for a crucial TD catch down the sideline that kept the Dragons in contention in the second half. 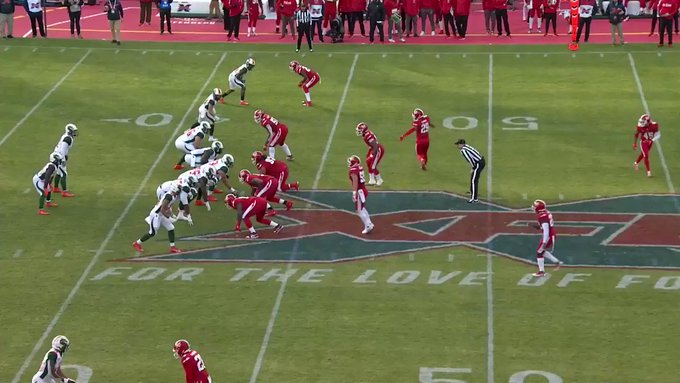 Overall, though, DC ensured it would leave its home crowd happy by racking up the defensive plays en route to a 31-19 Week 1 victory. Former Philadelphia Eagles DT Elijah Qualls hopped on top of a fumbled exchange between Dragons QB Brandon Silvers and his RB after Seattle got extra downs following a DC penalty on a field goal. CB Bradley Sylve picked off Silvers and returned it the distance for a score. And fellow CB Elijah Campbell, an active presence in Saturday’s contest, nearly had another pick-six with just over a minute left in the game, helping seal DC’s victory by leading the Defenders to a fourth-and-15 stand.

Reddit seems to be back after crashing as GME soared

In Hong Kong, people are buying newspapers to look at the ads